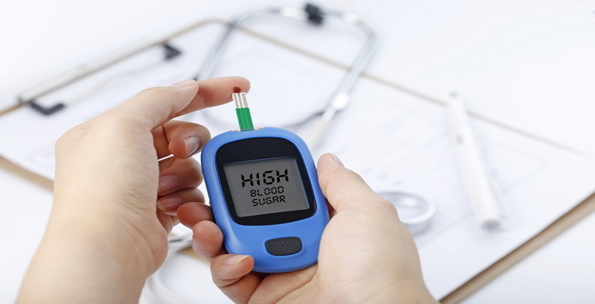 According to Healthline, Diabetes mellitus, commonly known as diabetes, is a metabolic disease that causes high blood sugar. The hormone insulin moves sugar from the blood into your cells to be stored or used for energy. With diabetes, your body either doesn’t make enough insulin or can’t effectively use the insulin it does make.

The disease is as complicated as it’s scientific name and it’s definition.

As a kid, I had heard how my grandfather had developed a severe case of Diabetes and how his health quickly deteriorated leading to his untimely demise. And then I saw many of my aunts and uncles, including my father, have an early onset of Diabetes; owing to genetic factors; and how they struggled to lead a healthy life post-diagnosis.

As an adult, developing Diabetes became my greatest fear in life. For one, it was genetic and so there was no way that I could escape it. And second, was the fact that Diabetes is a slow-killer. If it is not controlled, it can slowly start affecting one faculty of the body after another.

However, the keyword or phrase was ‘if it is not controlled’. Extensive reading, endless discussions with diabetes patients and doctors helped me not only overcome my worst fear, but also helped me make a plan to keep it in check. Fear and stress, as it turns out, is counter-productive ;-)

It was really a two-pronged strategy

(i) Prevention through appropriate diet and regular exercise (walking and cycling being the most effective, and cost-effective too)

I started working on this plan in the mid-20s, but the doubt monster didn’t completely abandon me. I would read about how Diabetes was being contracted by more and more people, not only in India but across the world. If I remember correctly, India had also acquired the name ‘diabetes capital of the world’.

I wondered that if prevention and control of Diabetes were as simple and straight as my plan, then why were people not able to avoid it. The answer was simple – either people were ignorant and did not get regular testing (thinking that they can never get it as they never have sweets) or once they got it, they went for extreme measures to immediately bring it down; not for a sustained long term and practical approach.

I had a colleague who demonstrated this exact trait. The day he discovered he had diabetes, he went to a doctor and started taking medicines, but his life was nothing less than a military camp from the next day; exercise early morning (inadequate sleep), boiled / bland food, no drinks and so on. In three months, he did manage to bring down his blood sugar level, but the fatigue (mental and physical) was visible all over him. And the moment, he started returning to normal life, blood sugar went back up slightly, causing undue stress in his mind (again).

I was sure that I could not follow his model.

Self-monitoring of blood sugar levels is important for effective management of diabetes; as is regular small meals, physical activity and timely medication. We are fortunate to have easy-to-use/ at-home devices to regularly monitor our blood sugar levels if need be.

Being in regular touch with a doctor also helped me understand that diabetes is still manageable. However, one needs to be aware of other complications that may severely impact one’s daily living, and some conditions, if not treated on time, can be fatal.

Interventions related to diabetes include:

(b) Dental and gum hygiene

(c) Screening and treatment for retinopathy (which causes blindness)

to name a few. Regular consultations with a doctor help to not only detect early signs of any complication but also in timely treatment of the same.

In conclusion, all I can say is that there is no point in being scared of Diabetes. One should be aware of all aspects of the disease, work towards a long-term practical schedule for daily life and be in regular touch with the doctor, as the doctor knows best.